If you were looking for a way to lower your risk of developing stroke, coronary heart disease, and type II diabetes, look no further! According to a recent study, consuming an extra 100 mg of magnesium daily can go a long way in preventing these problems. 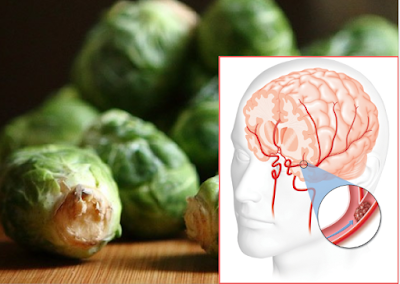 Magnesium Benefits
As found by the team of researchers at Zhejiang University and Zhengzhou University in China, over million people who consumed the most magnesium showed a 12% lower stroke risk, 10% lower risk of coronary heart disease, and 26% lower risl of type II diabetes

“Low levels of magnesium in the body have been associated with a range of diseases, but no conclusive evidence has been put forward on the link between dietary magnesium and health risks.

Our meta-analysis provides the most up-to-date evidence supporting a link between the role of magnesium in food and reducing the risk of disease … Our findings will be important for informing the public and policy makers on dietary guidelines to reduce magnesium deficiency-related health risks.”

Wang also noted that even though the current guidelines recommended that women take 270 mg daily, and men take about 300 mg of magnesium daily, deficiencies in this nutrient are still very common.

Back in 2013, one review covering what was known about cardiovascular disease found that deficiency in magnesium is the major cause of various aspects of heart disease, not consumption of saturated fat or high cholesterol.

The 10-year review done by research scientist and author Andrea Rosanoff, Ph.D., was focused on the previous research of Dr. Mildred Seelig, who studied the link between magnesium and cardiovascular disease for over four decades. Seelig explained:

“These numerous studies have found low magnesium to be associated with all known cardiovascular risk factors, such as cholesterol and high blood pressure, arterial plaque build-up (atherogenesis), hardening of the arteries and the calcification of soft tissues.

This means we have been chasing our tails all of these years going after cholesterol and the high saturated-fat diet, when the true culprit was and still is low magnesium.”

The wrong turn that scientists took when the research was actually so clear created a path in the way heart disease has been addressed. This led to entire populations failing to maintain healthy magnesium levels.

Evidence ‘Much Too Compelling to Ignore’

Even though there are countless medical conditions that are said to be caused by low magnesium levels, here are the six of the most debilitating:

“There are many challenges to achieving adequate intake of magnesium in the modern diet; thus I consider magnesium part of the essential nutrients to supplement daily and — in light of this review, specifically — crucial to preventing cardiovascular disease across patient populations,” says Ashley Koff, also a member of Prevention magazine’s advisory board.

What Makes Magnesium Intake so Important?
According to Dr. Oz, three of every four people in the U.S don’t get the needed amount of magnesium, meaning that they are magnesium deficient.

As recommended by the World Health Organization, one needs 400-500 mg of calcium, Dean advises a 1-to-1 balance with magnesium.  It is worth noting that the calcium consumed through your diet and the combination of vitamin D and vitamin K protects both the bones and the heart.

“Magnesium is vital for human health and normal biological functions including glucose metabolism, protein production and synthesis of nucleic acids such as DNA. Diet is the main source of magnesium as the element can be found in foods such as spices, nuts, beans, cocoa … and green leafy vegetables,” Wang notes.

Magnesium is involved in many biological processes and it offers a wide range of benefits, such as relaxing blood vessels, aiding bone formation, boosting energy levels, and regulatin blood sugar and insulin levels.

This mineral also helps the body detox from toxic matter and aids in glutathione synthesis. It plays an important role mitochondrial performance, too.

How To Quickly Regenerate Damaged Cartilage